1st in a new series that connects to many others (see below). Contemporary Romance.

Let me start by saying that Kristen Ashley is my hands-down favorite author. There are books I like more than others of course, but her original alpha books still stand as my favorites. That’s great, because Dream Maker seems to be written for fans like me. Dream Maker is 100% a Rock Chick Series/Dream Man Series match-up with a new generation. 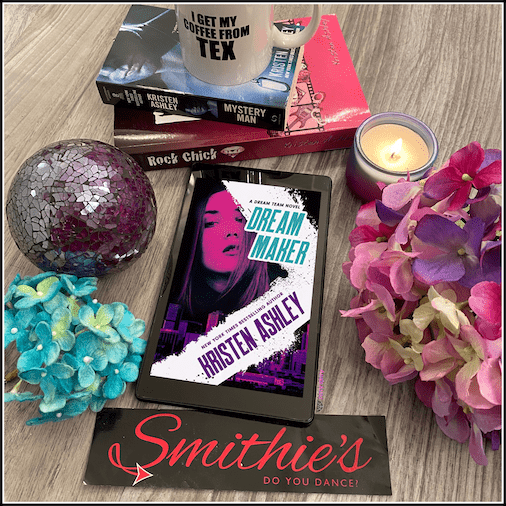 The story in Dream Maker is actually set up in Quiet Man, Lottie and Mo’s book. Though this is a new series, and you technically don’t need to read anything before it, there is SO MUCH crossover from the other two series, I can’t imagine that a new reader wouldn’t feel just a little lost or overwhelmed. But for a fan, Dream Maker was like coming home. I deliberately had to stop reading because I didn’t want it to end.

“Did anyone read those Rock Chick books?” Hattie asked. “Those women got kidnapped all the time. Maybe they’re like an…I don’t know. A how-to. As in, how-to-behave-when-kidnapped type a thing. Or how-to-know-whether-you-should-attempt-to-escape-or-not.”

The Rock Chick and Dream Man books (as well as many of her others) have a certain formula. That formula works spectacularly for me, and Dream Maker got back to the original formula with a sassy heroine you can’t help but love, an amazing girl posse, and over-the-top protective alpha, insta-lust, the alpha protecting and claiming the heroine before she knows what hit her, and some action right up till the end.

Lottie is a stripper at Smithie’s who found love with a commando named Mo (Quiet Man). Now she is out to set up all of her stripper friends with Mo’s fellow commandos. Mag (Danny) and Evie (aka Evan) are the first up.

Evie is a genius that has a shit family that drags her into their messes. So much so that she needs to strip because she spends so much money getting her brother and dad out of trouble. Alpha-grunty commando Mag reads her texts on the first date (in real life this is a no-go, but hey, that’s what KA alphas do), and he also saw her clumsy but cute personality. At 5% into Dream Maker, he was already all-in.

“I’m not your baby,” I breathed. His gaze shifted back to my eyes, and he rumbled, all sexy, hot and sweet, “Oh yeah, you are.”

Right from the beginning, Mag’s protective instincts kick in and all of Hawk’s Dream Team commandos are there to help. And with Lottie also came the Rock Chicks, and we got to hang with all of them.

“She thinks I’m a new Rock Chick,” I told him.
“She’s wrong,” Lottie decreed, snatching the bags out of Mag’s hands. “You’re a Dream Maker.”

And when the trouble really starts to brew, we get Tex! I love Tex!

“Well, all right!” Tex boomed. “We’d hit such a long, boring patch, I thought I’d have to eBay my grenades. Trust my Lottie girl to stir things up.”

Danny (Mag) was a great hero. Sure he is overbearing, but he is not too “he-man”, in fact he insists on cooking breakfast every day. And he takes care of Evie in so many ways. When she realizes what it’s like to be taken care of for the first time its both heartbreaking and heartwarming. I cried. 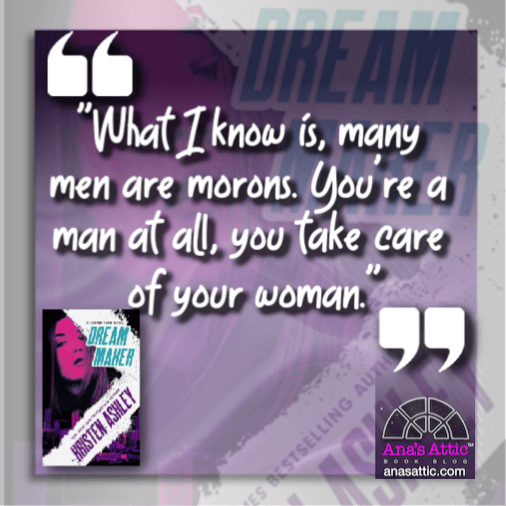 As I write my likes and dislikes, I realize that despite a few little annoyances there is a feeling I get when I read Kristen Ashley that no other author gives me. That feeling alone is worth 5 stars to me. It’s like coming home.

All my life, you know?”
“All your life what, baby?”
“Until you.”
He curved both arms around me and his voice was growly when he asked, “Until me, what?”
“The people I loved made loving them hard. Until you.”

Dream Maker brought back everything I love about Kristen Ashley. If you are one of those people who wishes they could experience the Rock Chick or Dream Man series for the first time again, Dream Maker brings it. I read the whole thing with a happy, satisfied smile on my face, teared up at the end, and literally hugged my kindle when it ended. Now I want to go back and read all the old stuff again.

While Dream Maker FELT like a 5 star read to me, it wasn’t perfect, and it kind of felt like a campy reunion show, so I’m going to go with 4.5 Stars (rounded up for other platforms).

Though technically not part of the series, Quiet Man is basically the intro to the Dream Team Series, so I include it first.

To see the true reading order for ALL of Kristen Ashley’s books, head over to my COMPLETE GUIDE TO KRISTEN ASHLEY 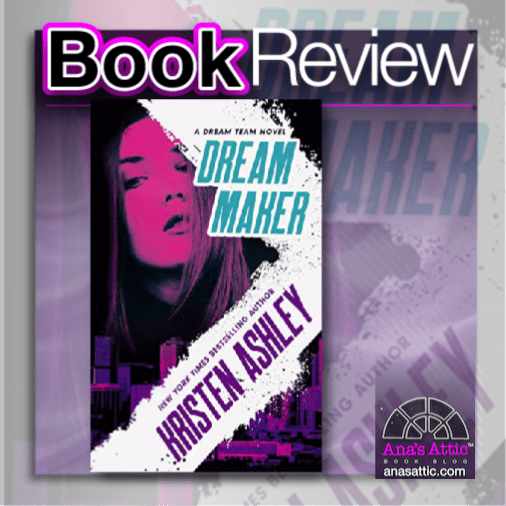